We use cookies to optimize the site’s operation, analyze traffic and provide personalized content.
By using the site or clicking “I agree”, you accept our cookies policy.
November 3, 20:00
Moscow | Great Hall of the Conservatory

Due to the shutdown of concert halls on stay-at-home days announced in Russia, we have to postpone the musicAeterna concert scheduled for 3 November at the Great Hall of the Moscow Conservatory. The new date and programme will be announced later.
To return tickets purchased at the musicAeterna website, please visit.

Ein Schemen, is Yannis Kyriakides’ homage or even a re-composition of A German Requiem by Johannes Brahms. The seven movements, which seamlessly flow into one another, are based on the corresponding parts of the original Requiem. Elements of Brahms’ musical language are extracted from the original score, extended and transformed into soundscapes. Frozen time forms a space where the listener is free to follow in Brahms’ footsteps. The harp framing the choral parts encodes the texts of A German Requiem. The static character of the choir and electronics is deceptive and fluid. The title quotes a line from the third movement of Brahms’ Requiem: ‘Sie gehen daher wie ein Schemen’. Ein Schemen in German means a shadow, apparition, ghost. Probably it originates from the Latin ‘schema’. This word precisely reflects the nature of the composition, which balances between the worlds of the dead and the living, and follows the source material like a shadow while the music of Brahms imbues it as an otherworldly force.

Gabriel Fauré’s Requiem is perhaps the best-known and most frequently performed work of the French classic. Whatever losses may have haunted the composer during the years of work on the Requiem, he claimed that it ‘wasn’t written for anything – for pleasure, if I may call it that!’ There are three versions of the work. The third (1900), written for a large orchestra, choir, two soloists, and organ, has seven movements. They include Libera me and In Paradisum from the Catholic funeral mass, but the traditional Requiem Benedictus and Dies Irae are absent. Only the final lines of the latter, a dramatic ordinary about the wrath of God, remain there. Fauré put those lines on one of the most luminous parts of his Requiem — Pie Jesu for solo soprano. The composer wrote: ‘It has been said that my Requiem does not express the fear of death and someone has called it a lullaby of death. But it is thus that I see death: as a happy deliverance, an aspiration towards happiness above, rather than as a painful experience’.

Soprano Fanie Antonelou (Greece) is masterful in a variety of vocal techniques and a vast repertoire ranging from European medieval music and Byzantine sacred music to leading parts in operas by Handel, Mozart, Rossini, Verdi, Zemlinsky, and others. Her collaboration with musicAeterna began back in 2012, and in 2014, the recording of Le Nozze di Figaro with Fanie Antonelou as Susanna won the Echo Award as Opera Recording of the Year.

Baritone Mikhail Timoshenko is a rising star on the world opera stage, born in the village of Kameykino, Orenburg Oblast. A brilliant graduate of the University of Music Franz Liszt Weimar (2015) and the Paris Opera Academy (2017), he has won several major competitions and starred in The Paris Opera, a documentary by Swiss director Jean-Stéphane Bron. He is currently involved in the classical and contemporary repertoires of the Opéra Bastille in Paris and other opera houses across Europe. 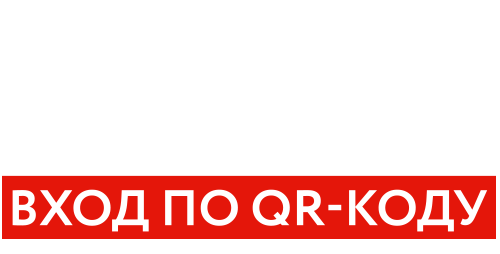