The beginning of the year 2022 was marked with a series of chamber concerts at musicAeterna’s creative residence — Dom Radio in St. Petersburg.

On January 22, Anna Prohaska — the headliner of the Salzburg Festival, the soloist of Berlin State Opera, one of the world’s best sopranos — together with the musicians of musicAeterna presented an anthology of songs by romantic composers from Schubert to Wolf. 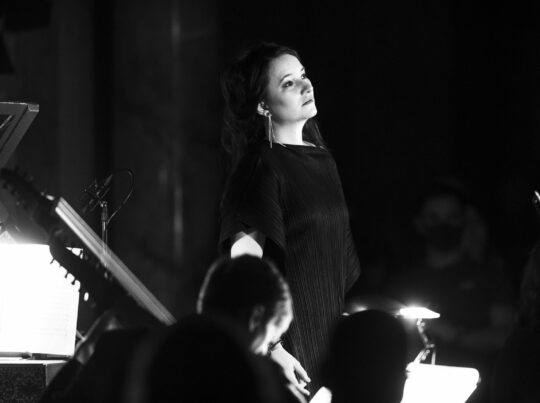 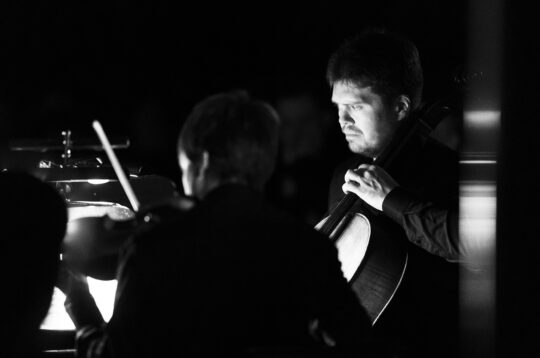 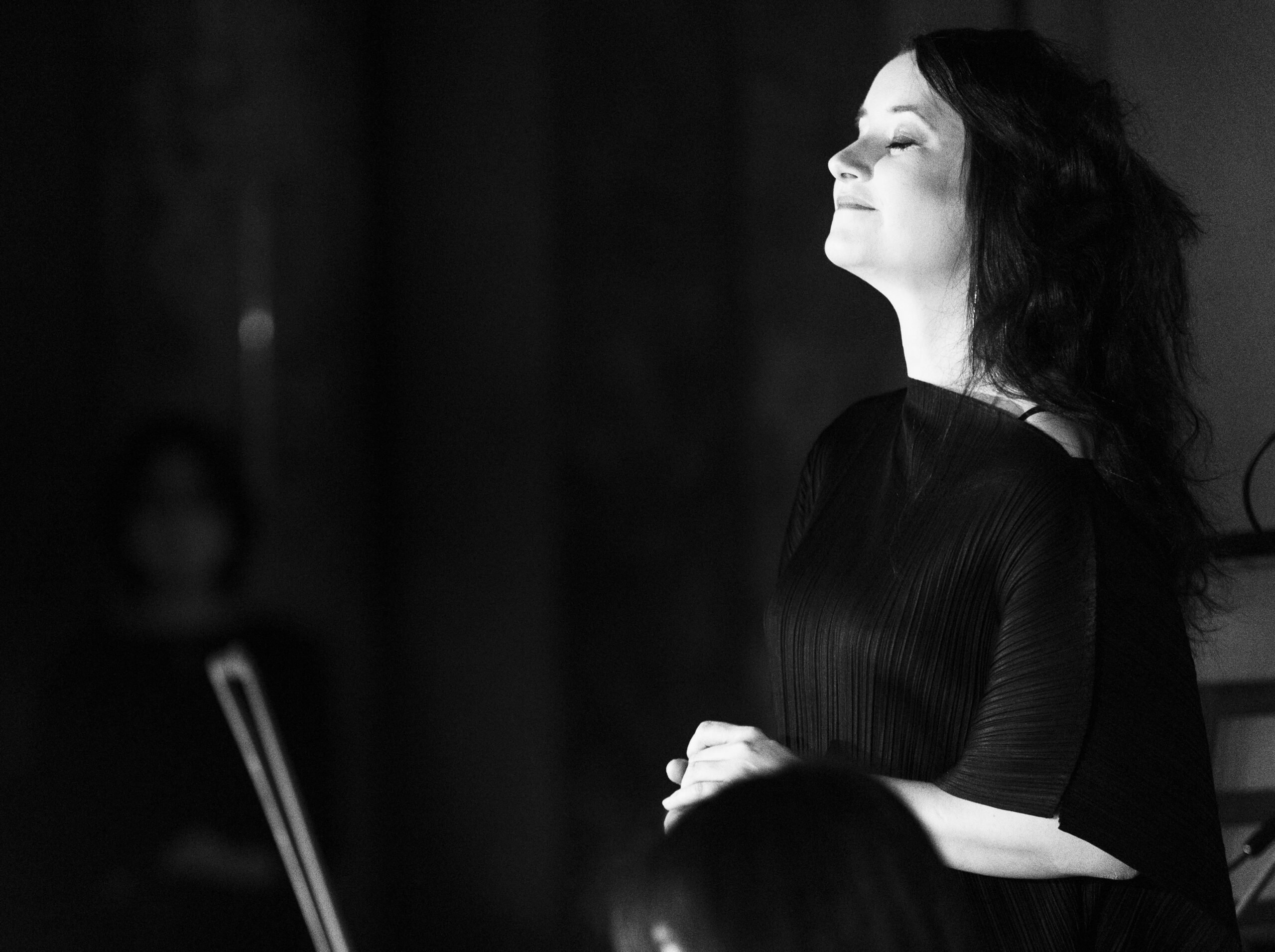 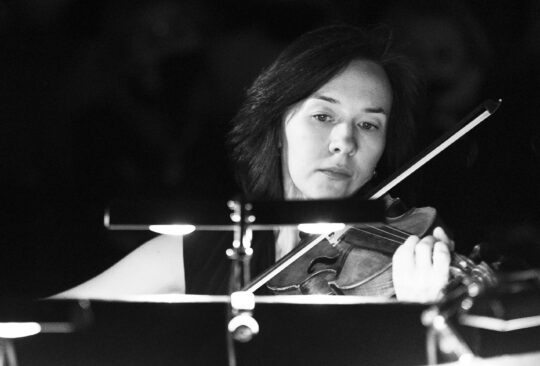 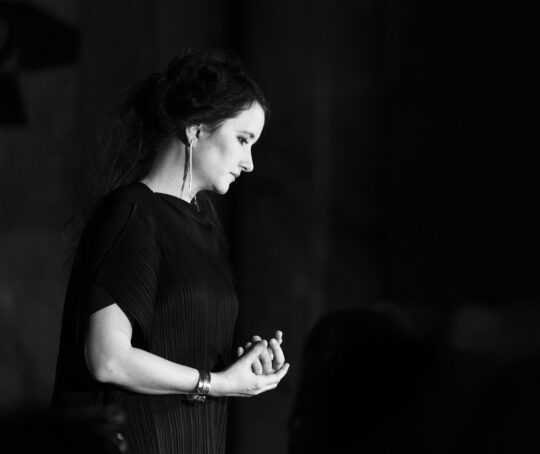 On January 27, to mark Mozart’s birthday, Alexei Lubimov — an outstanding pianist, one of the largest Russian figures in the field of historically informed performance — gave a concert of four Mozart’s sonatas for clavier at Dom Radio. 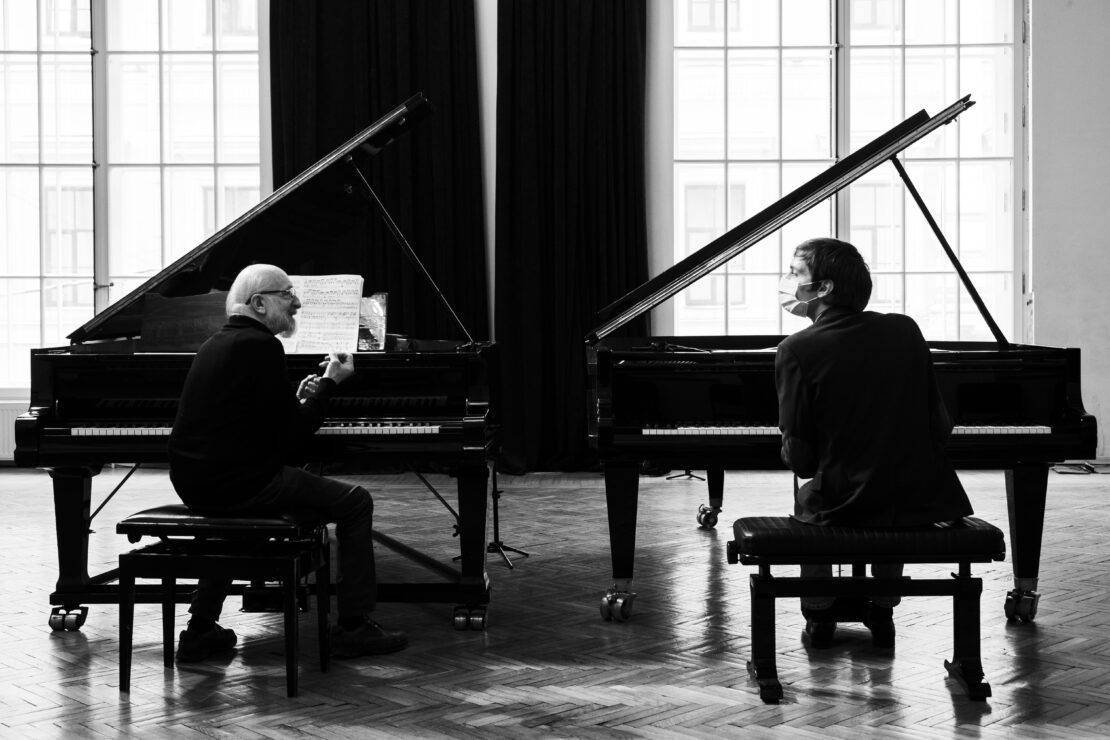 On February 1, 3 and 5, musicAeterna gave its first large-scale concerts this year: in the St. Petersburg State Academic Capella, the Zaryadye Hall in Moscow and the Krasnoyarsk Philharmonic, the musicAeterna orchestra and choir, and the soloists Fanie Antonelou (soprano, Greece) and Thomas Mole (baritone, UK) conducted by Teodor Currentzis performed Requiem and Pavane for orchestra and choir by Gabriel Fauré, as well as the symphonic suite “Pelléas et Mélisande” by Jean Sibelius. 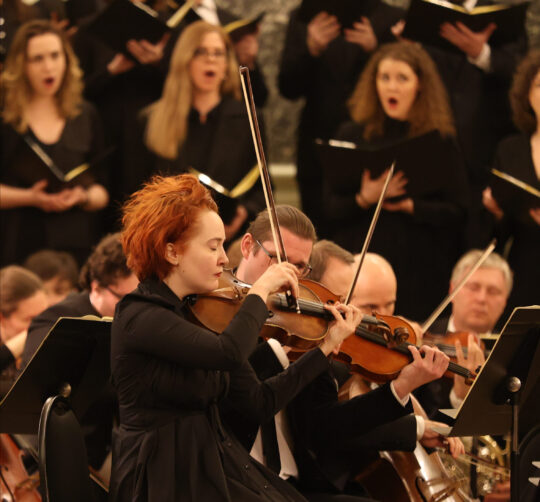 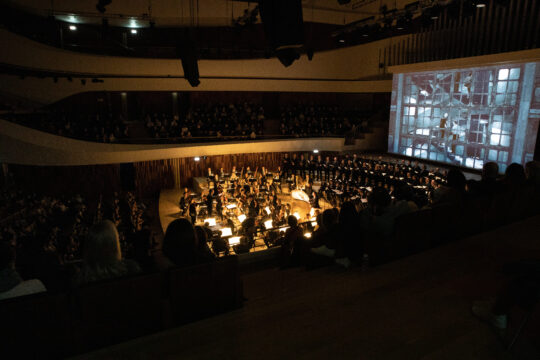 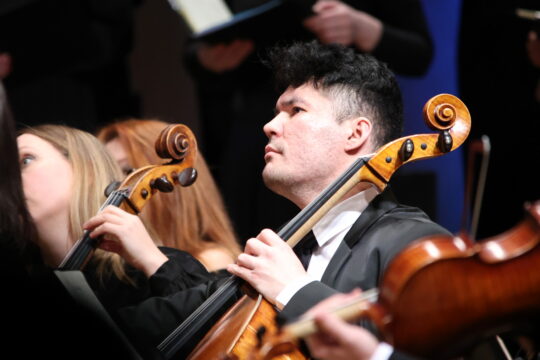 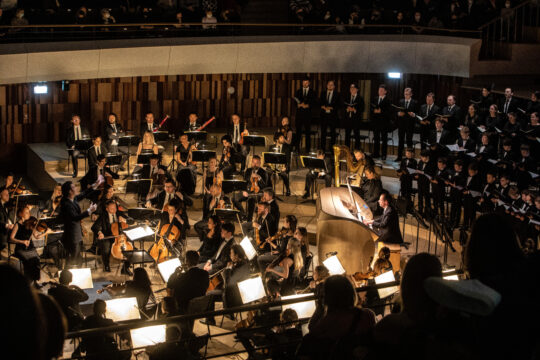 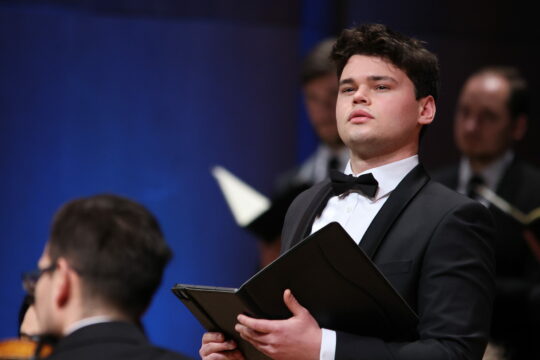 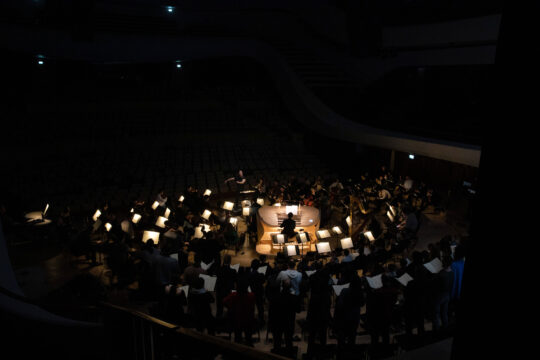 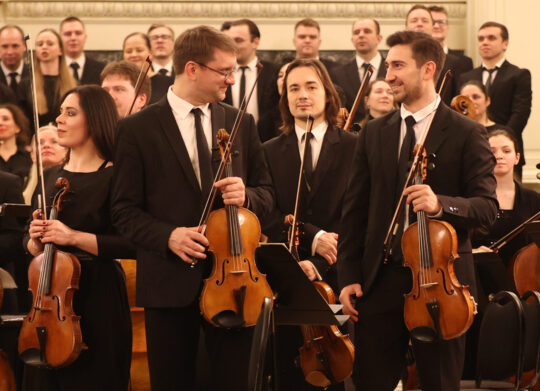 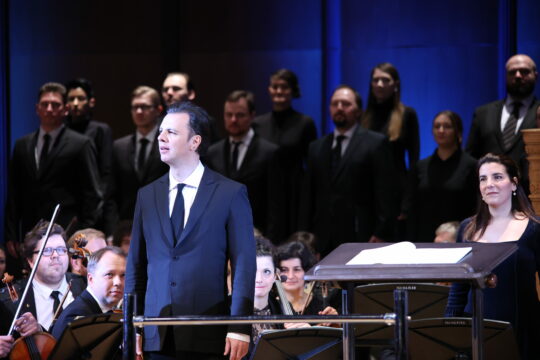 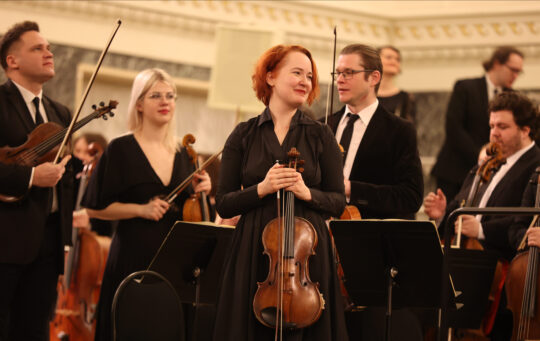 As part of a concert tour with Ludwig van Beethoven’s Symphony No. 9, the musicAeterna orchestra and choir conducted by Teodor Currentzis made an audio record of this work in the Megaron Athens Concert Hall. The video recording of the concerts given in the Megaron Hall on February 19 and 20 was carried out by the Arte television company (hyperlink to the Arte broadcast). Concert performances were also held at the Zaryadye Hall in Moscow on February 22 and 26 and at the St. Petersburg Philharmonia on February 24. 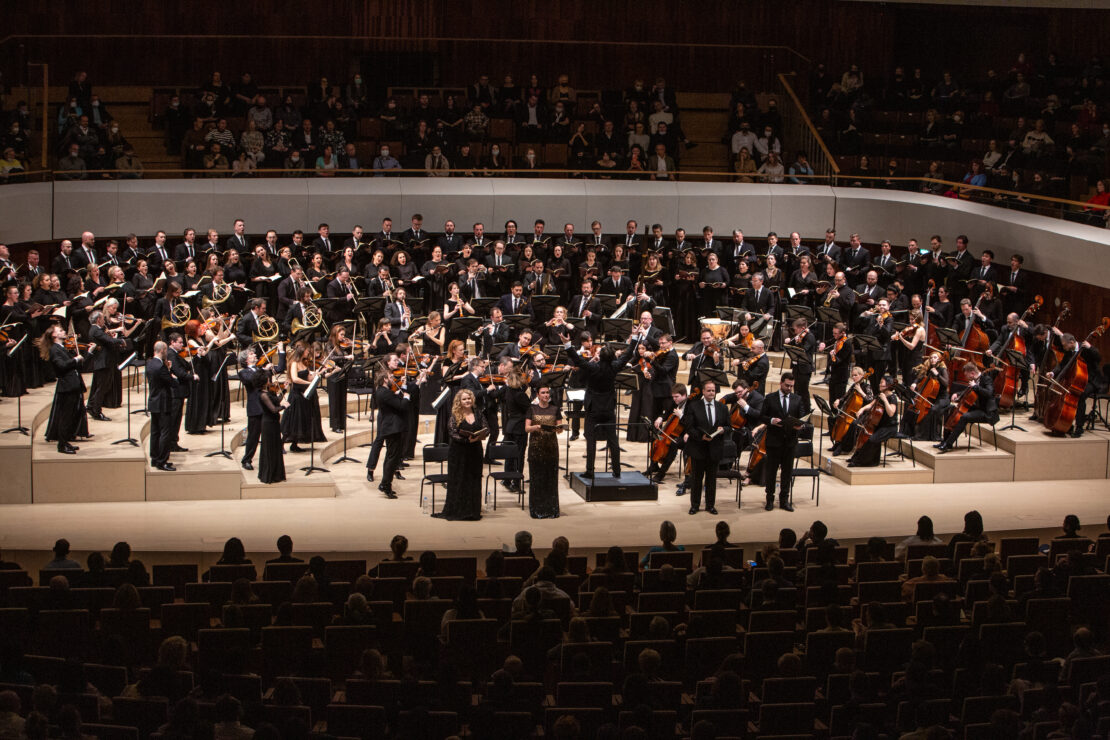 The programme of the next musicAeterna concert tour has been changed. On March 12 at the St. Petersburg Philharmonia, on March 15 at the Krasnoyarsk Philharmonic, and on March 19 at the Zaryadye Hall in Moscow, Richard Strauss’s symphonic study Metamorphosen and the Sixth “Pathétique” Symphony by P.I. Tchaikovsky were performed. On March 17, in Norilsk, the chamber cast of musicAeterna gave a concert with a Serenade for the string orchestra by P.I. Tchaikovsky, Richard Strauss’s Metamorphosen and Samuel Barber’s Adagio for Strings.

On March 26, a new concert cycle “Saint Petersburg Union of Composers at Dom Radio” was launched in the musicAeterna residence in Saint Petersburg. One name — one composition — one stroke from the local musical landscape. The cycle programme is designed to represent various genres and styles in which contemporary composers of Saint Petersburg work: from academic tradition to avant-garde and minimalism. The eight concerts will feature compositions by about 50 actively working members of the Union of Composers of Saint Petersburg. At the first concert, the musicians of the musicAeterna orchestra and choir performed chamber works by Grigory Korchmar, Leonid Rezetdinov, Svetlana Nesterova, Mikhail Krutik, Sergey Oskolkov Jr. and Anna Kuzmina. 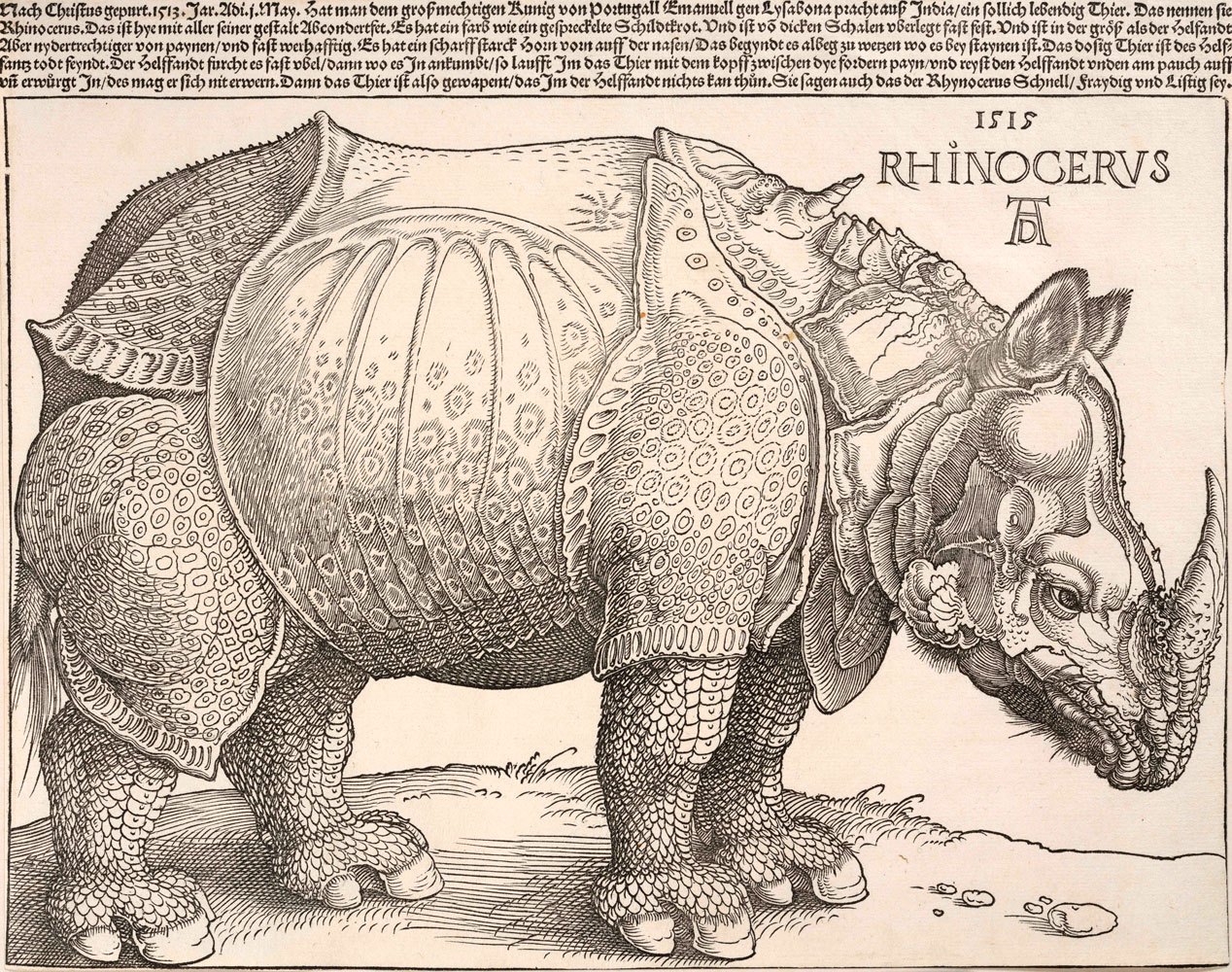