Performances by the musicAeterna choir receive the Casta Diva award as “Event of the Year 2017”. The judges note the ensemble’s incredible creative palette and virtuosity.

In March, the musicAeterna orchestra and choir participate in a co-production by the Perm Opera and Ballet Theatre and Royal Opera of Versailles: “Phaëton” by Lully. The play is supervised by masters of baroque theatre: Benjamin Lazar (director) and Vincent Dumestre (art director/conductor of Le Poème Harmonique). 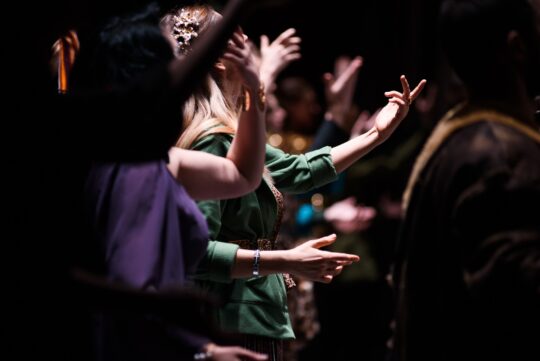 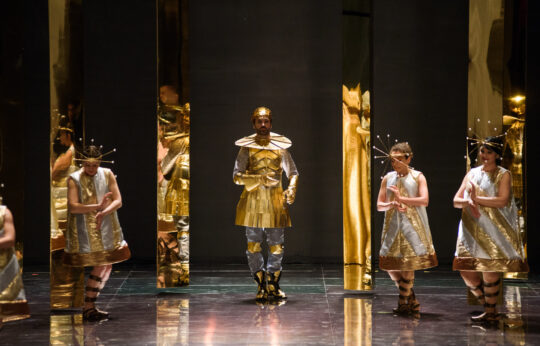 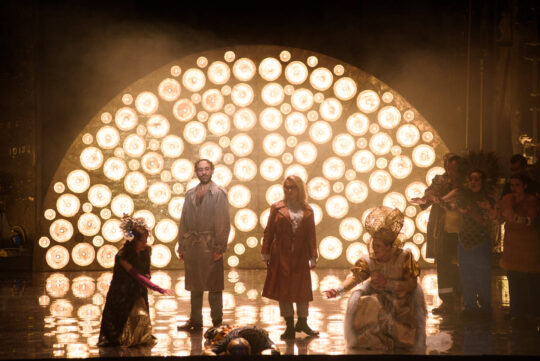 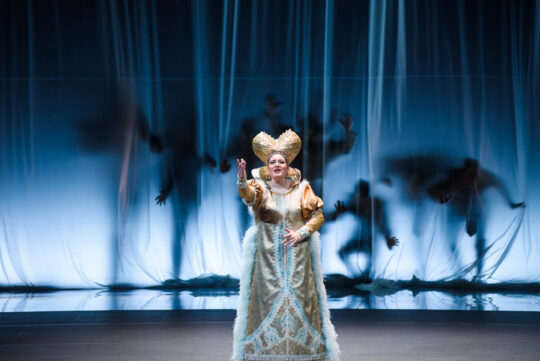 In April, the musicAeterna choir becomes a laureate of the Opera Awards — a prestigious international award that is often called “the opera Oscar”.

The choir’s first performance since being officially called the best in the world happens during the “Emperor’s Route” project: conducted by Teodor Currentzis, the ensemble gives a concert in Tobolsk at the opening of the Nicholas II Family Museum.

In May, the musicAeterna orchestra and choir present Mozart’s “Mercy of Titus” opera — the triumphant premiere from the Salzburg festival produced by Sellars and Currentzis — at Dutch National Opera (Amsterdam). Right after that, part of the two ensembles heads to France in order to present Lully’s “Phaëton” opera in Versailles together with Le Poème Harmonique and Vincent Dumestre.

The annual Diaghilev Festival opens in June with a new production by Romeo Castellucci and Teodor Currentzis. “Jeanne au bûcher” is a mixture of performance art and post-dramatic theatre. The play features Honegger’s “Jeanne d’Arc au bûcher” oratorio performed by the musicAeterna orchestra and choir. 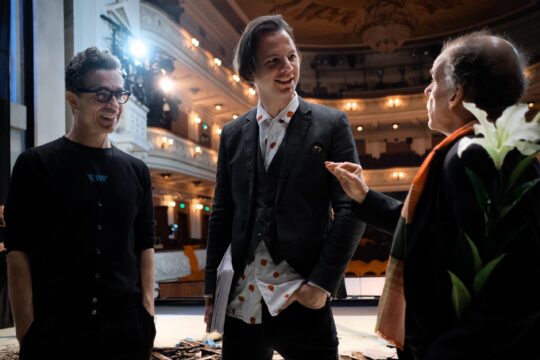 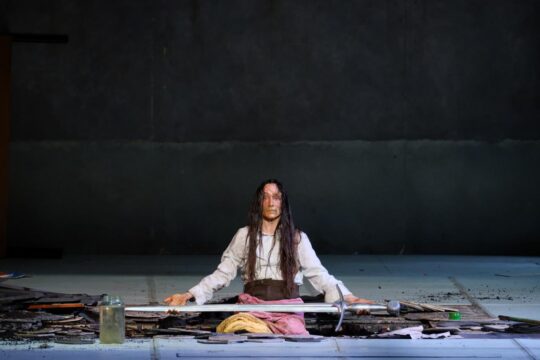 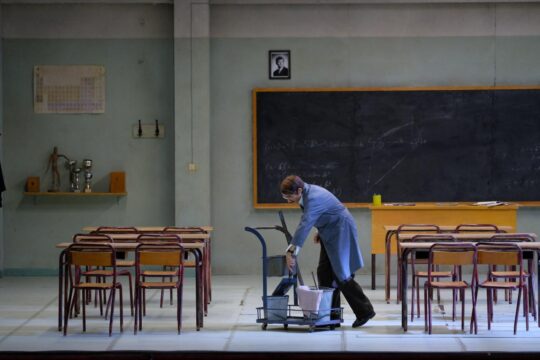 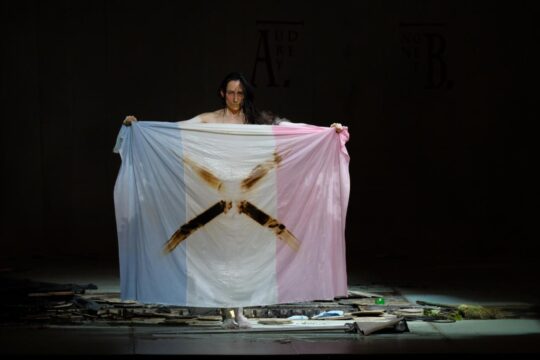 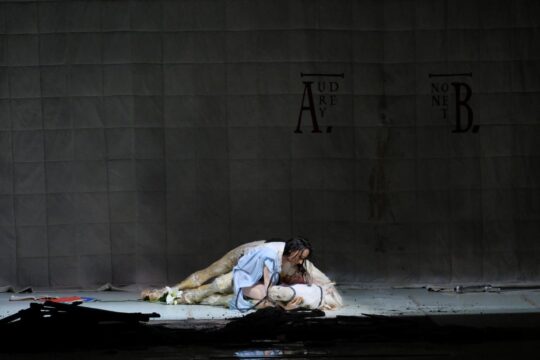 Additionally, the musicAeterna choir plays the traditional concert at dawn at the Perm Art Gallery. The programme consists of works from the “Marian Antiphons” cycle by Alexey Retinsky for mixed choir and percussion.

Another tradition of the Currentzis-era Diaghilev Festival is the performance of Mahler’s symphony at the closing. This time, the Festival orchestra plays “Symphony No.4” and the “Des Knaben Wunderhorn” vocal cycle. The soloists are Anna Lucia Richter (soprano) and Florian Boesch (bass baritone).

In July, the musicAeterna orchestra conducted by Teodor Currentzis plays Beethoven’s “Symphony No.2” and “Symphony No.5” at BBC Proms, one of Britain’s biggest musical festivals.

In August, Teodor Currentzis and musicAeterna present the whole cycle of Beethoven’s symphonies at the Salzburg festival. Additionally, the musicians perform “Symphony No.5” at the opening of the Bremen music festival on August 25.

In October, “Traviata” directed by Wilson and Currentzis is presented at Grand Theatre Luxembourg; its concert version is also performed by musicAeterna in Dortmund, Hamburg and Cologne.

Philippe Hersant’s “Trisia” also goes on tour. Teodor Currentzis, the choir and soloists of the musicAeterna orchestra perform “Mournful Elegies” at the biggest concert halls in Vienna, Berlin and Hamburg; in November, they play them back in Perm.

In November, musicAeterna and Teodor Currentzis receive the Edison Klassiek award in the “Orchestra” category for the recording of Tchaikovsky’s “Symphony No.6 (Pathétique)”. The award judges are struck by the “deliberate and incredibly perfectionist approach, as well as the musicians’ ability to follow the composer’s idea in a precise and natural manner”.

In late November, the orchestra goes on a European tour with Mahler’s “Symphony No.4”, which premiered earlier at the Diaghilev Festival 2018. The musicians first perform in Moscow and Saint Petersburg; after that, they head to Madrid, Milan, Munich, Budapest and Berlin.

In December, the “Slow music. Piano and orchestra” programme is presented at the “Zaryadye” concert hall in Moscow by Anton Batagov, Teodor Currentzis and the musicAeterna orchestra. Slow segments from piano concertos by composers of different eras converge and transcend beyond the concert genre stereotypes. The programme was first presented at the Diaghilev Festival in 2015.

On New Year’s Eve, Teodor Currentzis and musicAeterna perform in Moscow again — this time, at the Grand Hall of the Moscow Conservatory. The programme consists of Rachmaninoff’s works; Igor Levit (piano) is the soloist.