The orchestra begins the new year with a tour. Teodor Currentzis and musicAeterna present a different programme at each of the tour’s seven stops: Cologne, Hamburg. Berlin, Zurich, Rotterdam, Utrecht and Vienna. The programmes include symphonies and violin concertos by Mozart and Beethoven (with Patricia Kopatchinskaja as the soloist).

In May, the “Triumph” private philharmonic opens in Perm. The place is a new space for professional musicians and live music connoisseurs. “Triumph”, the idea of which was originally put forward by Teodor Currentzis, opens with a concert featuring Perm Opera soloists along with the musicAeterna orchestra and choir.

The Xth Diaghilev Art Festival opens in June in Perm. The bar is set incredibly high by the premiere of Verdi’s “Traviata” directed by Teodor Currentzis and Robert Wilson. Both the directors and the audience admire the brilliant performance by the musicAeterna orchestra and choir. Later at the festival, the choir presents another large project: the premiere of Philippe Ersan’s “Tristia” choir opera, which is based on poems written by prisoners around the world. The festival ends with the Festival orchestra performing Mahler’s “Symphony No.6”.

Lux Aeterna, a new programme by the musicAeterna choir, is presented in Perm in July. Works by Tallis, Schnittke, Purcell and Ligeti are first performed at the “Triumph” private philharmonic and later — in August — at the Ruhrtriennale festival in Germany. Aside from the concert programme, the choir also takes part in the production of Handel’s “Alceste” at the festival, which is a large European modern art forum.

In summer, the recording of Stravinsky’s “Rite of Spring” played by musicAeterna and Teodor Currentzis receives one of the world’s most prestigious awards: the ECHO Klassik award as “Recording of the Year: Symphonic Music of the XX–XXI century”.

On September 12 in Vienna, the musicAeterna orchestra (conducted by Teodor Currentzis) concludes another European tour with a “Sound of Light” concert programme consisting of Rameau’s works. The day before, the musicians made a triumphant season opening at Konzerthaus Dortmund (Germany) with a concert version of Purcell’s “Indian Queen”.

Over 10 days of the tour, the musicAeterna orchestra performs Rameau’s programme three times and “Indian Queen” four times; both programmes become the Perm orchestra’s “calling cards”. The performances receive an ovation from the audience at the best concert halls in Germany, Austria and Switzerland.

In October, a new, free-to-attend cultural and educational project initiated by Teodor Currentzis starts at the Perm State Opera and Ballet Theatre. “The Modern Audience Laboratory” begins with a number of meetings on the topic of historically informed performance; members of musicAeterna are actively featured at the events.

December witnesses the premiere of an opera that will later prove to be one of the most outstanding musical and artistic achievements of the musicAeterna choir: “Cantos” by Alexey Syumak, commissioned by the Perm State Opera and Ballet Theatre and written for solo violin, chamber choir and percussion. The opera is based on the biography and works of Ezra Pound. 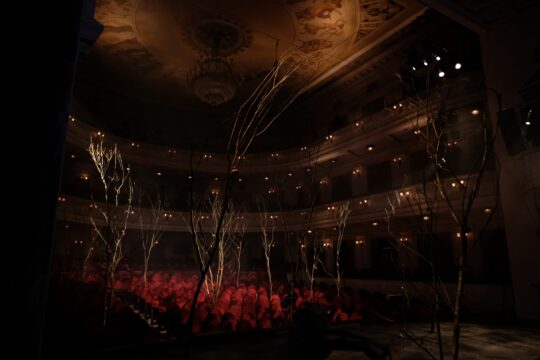 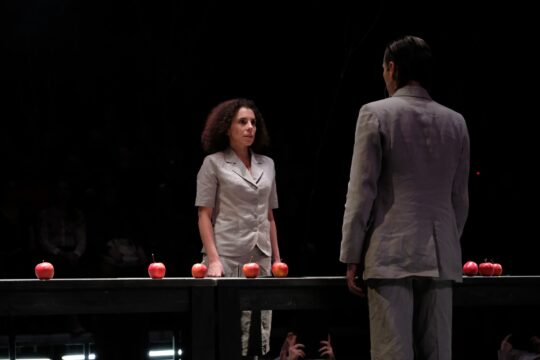 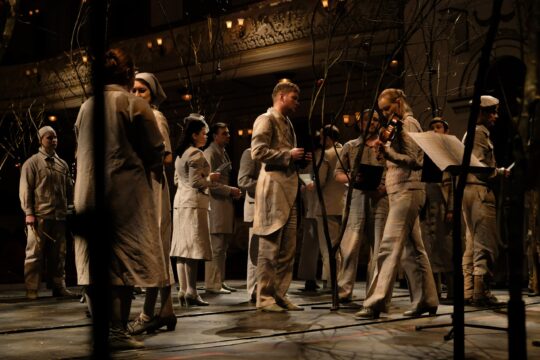 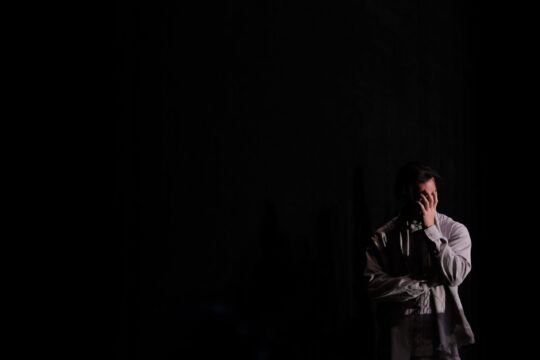 Also in December, Presto Classical (one of Britain’s top musical magazines) features the recording of Mozart’s “Don Giovanni” made by musicAeterna and Teodor Currentzis on the “Top 10 Music Albums 2016” list.

In late December, the new stage version of the “Cinderella” ballet is presented at the Perm Opera. The event is dedicated to Sergei Prokofiev’s 125th birthday. Teodor Currentzis (the theatre’s art director) and Alexey Miroshnichenko (chief balletmaster) choose to put the archetypal plot of a girl working hard to find happiness into a theatre setting of the late 1950s.

On New Year’s Eve, musicAeterna (conducted by Teodor Currentzis) plays the symphonic score of Prokofiev’s ballet at the Grand Hall of the Moscow Conservatory. The live broadcast of the event is shown on the “Kultura” TV channel.