In January, musicAeterna and Teodor Currentzis take part in a charity concert for the Gift of Life foundation at the Royal Festival Hall (London). All proceedings from the concert are set to go for cancer treatment for children in Russia. Together with well-known British and Russian actors, musicAeterna performs Prokofiev’s “Romeo and Juliet” with lyrics by Shakespeare.

In March, musicAeterna’s traditional European tour starts in Athens. The tour features eight concerts in five European countries with Teodor Currentzis as the conductor. The soloists are Patricia Kopatchinskaja and Dmitri Sinkovsky. The programme includes music by Mozart, Beethoven, Berg and Mahler.

The musicAeterna choir presents a new programme to the Perm audience: this time, it revolves around Russian sacred music of the XVIII–XX century.

May begins for musicAeterna with a premiere of Puccini’s “La Bohème” directed by Teodor Currentzis and Philipp Himmelmann. This is the second co-production by the Festspielhaus Baden-Baden and the Perm Opera and Ballet Theatre.

Also in May, the musicAeterna orchestra (conducted by Teodor Currentzis) plays Mahler’s “Symphony No.1” first at Teatro Goldoni in Venice (to celebrate the opening of the V-A-C Foundation headquarters and the 57th Venice Biennale) and two weeks later at the opening of the XIth Diaghilev Festival in Perm. 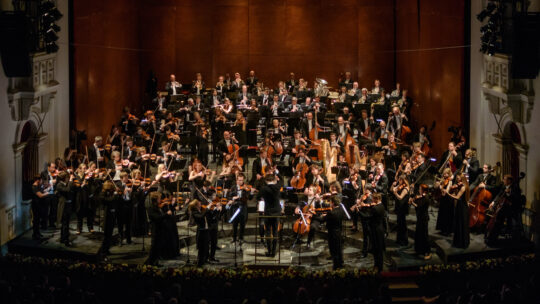 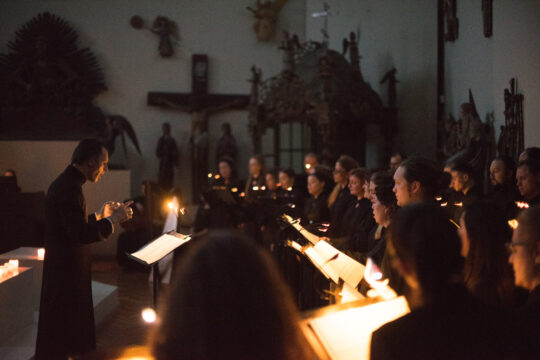 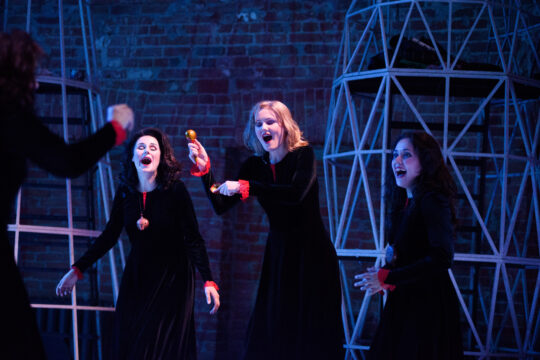 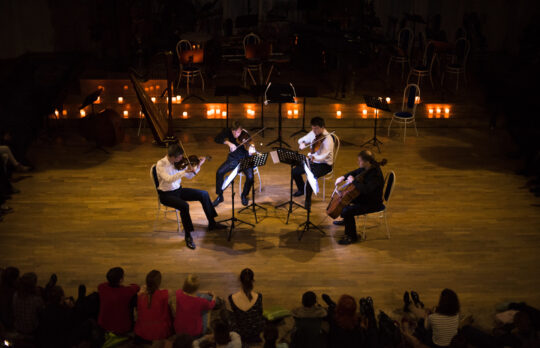 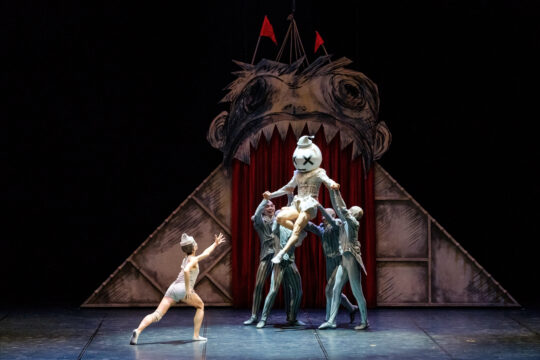 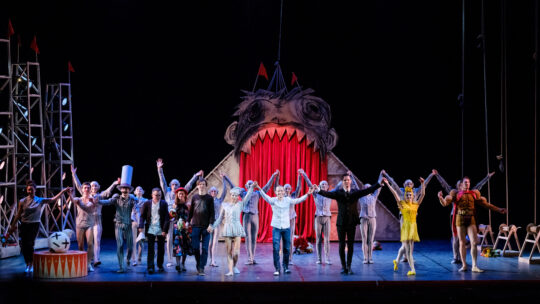 Several more premieres are in store for the ensembles at the festival. Soloists of the musicAeterna choir take part in the production of “Svadba” by Ana Sokolovich, while the orchestra collaborates with the theatre’s ballet troupe to present the “Night of Stravinsky’s Ballets” at the festival’s closing. The three premieres (“The Fairy’s Kiss” choreographed by Vyacheslav Samodurov, “Petrushka” by Vladimir Varnava and “Firebird” by Alexey Miroshnichenko) are musically directed by Teodor Currentzis.

In June, Mozart’s “La Clemenza di Tito” opera is performed at the Perm Opera and Ballet Theatre for the first time. The concert performance is dedicated to the ensembles’ summer debut at the Salzburg festival.

The video recording of Purcell’s “Indian Queen” opera (directed by Peter Sellars and conducted by Teodor Currentzis) receives the ECHO Klassik 2017 award as the “Best Opera Music Video”. It is the third ECHO Klassik award won by the Perm musicians.

On July 23, the musicAeterna orchestra and choir (conducted by Teodor Currentzis) start their performance at the Salzburg festival with Mozart’s “Requiem” and later participate in a chamber concert playing music by Shostakovich and Schnittke. The Russian musicians are greatly acclaimed by Austrian critics and journalists. The success is further affirmed by the premiere of “Mercy of Titus” directed by Peter Sellars. The partnership with the festival is set to continue.

In August, the musicAeterna orchestra and choir (conducted by Teodor Currentzis) go on a large European tour featuring 13 performances in Germany, Switzerland, Italy, Austria, France and Poland. The programme consists of “Requiem” and “Mercy of Titus” by Mozart.

In November, the recording of Mozart’s “Don Giovanni” receives a prestigious Dutch music award: Edison Klassiek 2017. According to the award judges, “like a seismograph, Teodor Currentzis picks up on each emotional vibration of the score and transmits it to his phenomenal orchestra”.

In late December, the musicAeterna orchestra and Teodor Currentzis go on their first big Russian tour. The musicians play the famous “Symphony No.7” by Shostakovich: first at the Perm Opera and Ballet Theatre, then in Tyumen, Novosibirsk, Krasnoyarsk, Saint Petersburg and Moscow.